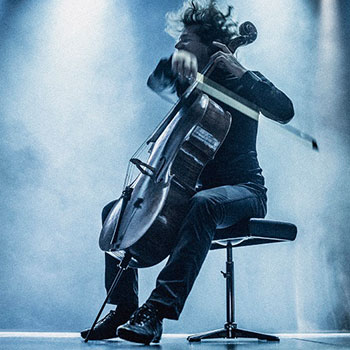 Born in 1973, Erich Oskar Huetter studied with Hildgund Posch at the University of Music in Graz and Reinhard Latzko at the Musikakademie in Basel where in 1999 he gained the soloist’s diploma and teachers diploma (both with highest distinction). He then went on to study with the exceptional cellists Janos Starker at Indiana University and Ralph Kirshbaum at the Royal Northern College of Music in Manchester and got further artistic stimulation through Mischa Maisky at the Accademia Chigiana Siena. He performed as a soloist under important conductors such as Daniel Barenboim, Julien Salemkour and Alexei Korniekov.

Erich Oskar Huetter is a member of Hyperion Ensemble, a classical string sextet and the Arcus Ensemble Vienna. In recitals he regulary performs with the Viennese pianist Paul Gulda. As the founder of the social cultural initiative Austrian Music Encounter he directs projects such as “haus.kultur – Die Steirischen Nachbarschaftskonzerte” in Graz/Austria a music project in Zimbabwe and South Africa. He also is co-founder of the renowned “Styrian Chamber Music Festival” and director of the festival “Sounding Jerusalem” in the Old City of Jerusalem. Numerous appearances on radio and television as well as CD recordings made him known to a wider public.