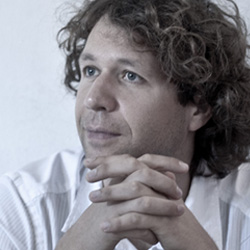 The Austrian cellist Erich Oskar Huetter has established a successful worldwide career as a soloist and chamber music performer. He is a member of Hyperion Ensemble, a classical string sextet and the Arcus Ensemble Vienna. In recitals he regulary performs with the Viennese pianist Paul Gulda. As founder of the social-cultural initiative A.MUS.E – Austrian Music Encounter he creates and directs projects such as “haus.kultur – Die Steirischen Nachbarschaftskonzerte” (contemporary neighbourhood concerts in the Austrian province of Styria) as well as a music project in Zimbabwe and South Africa. Erich Oskar Huetter is co-founder of the renowned “Styrian Chamber Music Festival” and the festival “Sounding Jerusalem” in the Old City of Jerusalem. “Sounding Jerusalem” presents an Europeen chamber music festival as well as an intercultural platform for young musicians from the Middle East and Europe. Numerous appearances on radio and television as well as CD recordings made him known to a wider public.