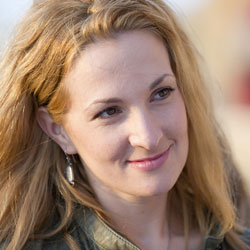 Born in Graz, Austria, Tanja Schmid received her first ballet lessons at the age of 5. Classically trained under the direction of Diana Ungureanu, Tanima graduated from the academy of the renowned Graz Opera. During those years she appeared in numerous productions and performances, such as The Nutcracker and The Magic Flute. Tanja is not only an active dancer, but also a teacher. She recently set out as a pedagogue for free improvisation, dance theatre and classical ballet. Currently Tanja Schmid performed in Italy, South Africa, Angola, Zimbabwe and Kosovo.